7 Sci-Fi Books Written By Women You Can Grab For Free!

I’ve gathered 7 sci-fi books of different sub-genres that you can get for free on Prolific Works. Enjoy!

The person who Rodan was going to be, died, when she survived her family’s massacre.

Rodan is living a simple life in her farming village when everyone she loves is massacred by an enemy they didn’t fear. As one of only a few survivors, she struggles to find a reason to live until someone from her past gives her one. Vengeance.

Armed with this new goal, Rodan joins the hunt seeking retribution, but what will be the ultimate cost?

An old space captain hounded by arthritis and war memories, Aramis Reyne struggles to make enough credits to feed his crew and keep his ship flying by running mail and supplies to the farthest, most dangerous reaches of the Collective known as the fringe. When he’s offered a no-questions-asked contract to pick up a package, he jumps at the opportunity. But, he quickly learns that he should’ve asked questions… and that there are far worse things in the Collective than being broke.

There is no distinction between the virtual and the real here, and simulations are a way to escape into an alternative reality. An inexplicable plague has turned plants deadly, and people have to build on top of old structures in hopes of temporary salvation.

Cay is fleeing his home, cutting his very identity from his palm along with his implant. Something strange is happening to him, urging him to leave his life behind, but is it real, or is he stuck in a simulation?

Vietra has had enough of the mysterious purpose the Master insists she has to fulfill. She’s fed up with his cruelty. It’s time for her to choose her own fate, and she’s willing to pay the price.

This cyberpunk tale will take the reader on a on a journey filled with mind-bending concepts and plot twists.

Anna left at dawn. She entered the Martian desert, all alone. Where is she going? What secret is she hiding?

In what looks like a suicide attempt, Swedish exobiologist Anna Persson secretly leaves Station Alpha at the crack of dawn to travel deep into the Martian desert in a pressurised rover.

As she journeys to the limit of her two day oxygen supply, she shows us memories of events from her past leading up to the mission. Little by little, as time and oxygen run out, she reveals the real Anna.

Whatever her goal, wherever it is, will Anna reach her destination?

The year is 2037, on the wrong side of climate catastrophe.

Jun Xie is a neuroscientist at one of the United Adaptive’s labs. She’s studying a woman who possesses exceptional capabilities, what they call Pre-Emptive Perception — ‘knowing’ things before they happen. Jun’s on the cusp of a breakthrough until the woman takes her own life.

Twenty-five years later, no longer a neuroscientist but an anxious lecturer and mother, Jun’s forced to confront the past and that observation when the subject’s daughter hunts her down and won’t leave her alone.

The truth’s more disturbing than Jun could ever imagine, but someone’s determined that she’ll never find out. Can she stop them before they stop her? 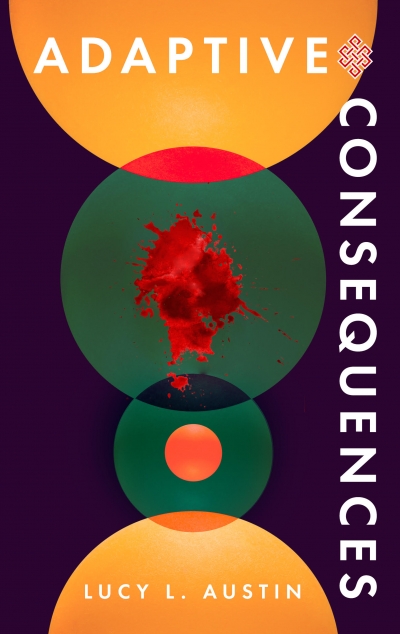 6. Boomers for the Stars by Sue Hollister Barr

Thanks to stellar advances in longevity, Earth is overrun by Baby Boomers well into their hundreds. Social Security being the stuff of history books, subsequent generations must find some way to put all those Boomers to good use… challenging since few have minds that have survived along with their bodies. But the silver lining is that few can complain about what some of those uses are.

Mary, born in 1948, was never the good girl hoping to catch a husband her family expected. Instead, all she ever wanted was to somehow, someday make it to the stars. Now, she might finally have lived long enough to see her wish come true. But only if she can escape the dangers of her nursing home, save other Boomers there thinking they’re Marilyn Monroe and Napoleon… and actually remember her own name.

7. The Harvest by Alanah Andrews

Only the worthy pass the harvest.

Ever since WWIII devastated the surface of the Earth, emotions have been strictly forbidden. Childhood friends, Eve and Hana, have grown up in an underground compound, their emotional control monitored at all times. But the harvest is approaching…